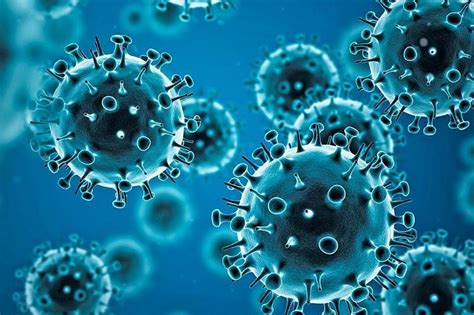 Open letter to President Cyril Ramaphosa, Minister Gwede Mantashe, Minister Zweli Mkhize and Mr Mxolisi Mgojo (Minerals Council) demanding the development of a plan for vaccinating mining-affected communities and mineworkers as a matter of urgeny
As members of mining-affected communities, organised labour and civil society we are alarmed that at present government and the mining industry have still yet to develop a concrete plan for the mass vaccination of mining-affected communities and mine workers, who together constitute sections of the population at particular risk from COVID-19.
On the 16 April, 2020 National Command Council announced amendments on the regulations for the mining sector, which are aimed at allowing a phased economic activity which gives permission for mines to operate at 50% capacity and will gradually increase capacity. This was just over two months of the pandemic being announced and it appears that the consensus between the state and the mining industry that resulted in the rapid declaration of mining as an essential service. Many of us opposed this as irresponsible as we believed the workplace could become a centre and super-spreader sector, a driver of the virus infections into society. In addition, we feared with the movement of migrant workers to and from their home in rural areas would render communities more vulnerable. Mining is a labour intensive enterprise and in and of itself, is a danger to good health and safety as social distancing was near impossible.
We reiterate our consistent position that the government and the Minister of Mineral Resources had abdicated their responsibilities, statutory and constitutional by rushing to opening the mines. We must now take the same emergency action action and work with haste to save lives of mine-workers and the communities living in their surroundings.
Almost a year after the national lock-down, President Cyril Ramaphosa speaking at the Mining Indaba (virtually) praised the profitability of the mining sector thus:
“The industry recorded quarter on quarter growth of 288% in Q3 2020. Higher production was mainly due to increased activities in PGMs, iron ore, gold and diamonds.” https://www.miningreview.com/…/mining-indaba-virtual…/ Later, the report continued thus: “In conclusion, Ramaphosa said that he was immensely encouraged by the positive sentiment about a COVID-19 vaccine rollout in the sector. This follows an announcement by the Minerals Council South Africa that it aims to vaccinate between 60 000 and 80 000 people per day at a total rollout cost of R300 million. He stated that mining companies are well placed to support the unprecedented vaccine programme given their experience in working to stem the spread of TB and HIV/Aids among employees.”
A quick reference on the website of the Minerals Council website https://www.mineralscouncil.org.za/minerals-council… reveals its position on the Covid Vaccine Roll-out and their capacities thus:
“The Minerals Council and our members are strongly supportive of government’s vaccine roll-out strategy. We will work closely with the DMRE and unions to achieve a smooth roll-out of vaccines at our mines and in mining communities, and to increase vaccine acceptance through education and communication.
We have offered our significant healthcare infrastructure and capacity to drive the vaccination process, and we hope to play a constructive role as designated points of care, particularly in those regions where there are clusters of mines and mining communities, and those remote regions where mining is the predominant economic activity. Our focus will not only be on ensuring that employees receive the vaccination, but also their families and communities”
Given these offers and promises we ask at the time of the attempts to massify the roll-out where is the action? Where are the bottlenecks? Who is responsible for the delays in rolling out the programme for saving lives?
This is the time for us to pull together and it is a time for mining communities, most in peri-urban and rural areas must not be left behind. They must be included in real decision-making in matters that affect their lives. The time for action is long overdue but we must act with haste, to save lives.
We therefore demand that:
-.As a matter of urgency the government and mining companies pool their respective expertise resources to urgently develop and roll out a specific vaccination plan targeted at mineworkers and local and labour sending communities
-This process be led by the department of health working with citizens as a matter of great emergency.
-Venues of roll out should be accessible to workers and communities (for example community halls) and should be determined in consultation with grassroots organisations and all trade unions in the sector
-That the Minerals Council come out and join communities, civil society and organised labour in public support of the South African government’s demand for the waiver of intellectual property (IP) rights related to COVID-19 to level the playing field
We await your response and look forward to engaging on the implementation of a tangible and inclusive plan for providing the vaccine to mining-affected communities and mine-workers.
Yours Sincerely
Bench Marks Foundation, with other Civil Society Organisations