‘Mining Charter must include poor communities’ 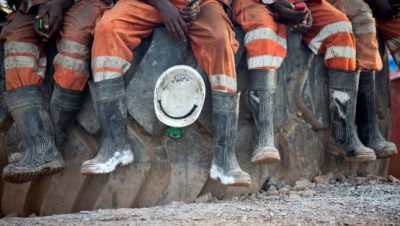 The independent organisation monitoring social responsibility, Bench Mark Foundation says it will make sure that the Mining Charter includes issues that affect mine workers and poor communities in which mining companies operate.

The organisation’s statement comes after Mineral Resources Minister; Gwede Mantashe postponed the date for the finalisation of the new charter by at least another month.

The department expects to finish the charter by October or November 2018 before implementing it as policy.

Public consultations on the draft charter have been extended to the end of August to allow for further engagement.

The organisation’s Hassen Lorgat says the charter should not only focus on the benefits of mining companies.

“So we for example have been working on independent problem-solving issues for the mining sector, where people can go and can have a quick remedy for the problems that they face. Sometimes, we have people dying, with asthma, you see people who have suffered because of the roofing and also mine dumps and all those kind of things are issues that concern us, so that cost-benefit analysis is more of what we are interested in, not just simply looking at the benefits,” says Lorgat.

However, the foundation has accused Mantashe, of ignoring structures that represent mining communities and has described the summit on the Mining Charter as a potential farce

“Our concerns are about being systematically and structurally excluded from this as communities. There is no place in the law for communities to be involved, we are not partied to the health and safety council but we suffer illness due to how land and water is polluted, etc. So the charter is there to address historically disadvantaged people but some people suffer. So its credibility can’t be one greater forward march for wealth when poor people who live around the mines die earlier. They give up their land and they don’t get the returns that are owed to them as a community,” says Lorgat.