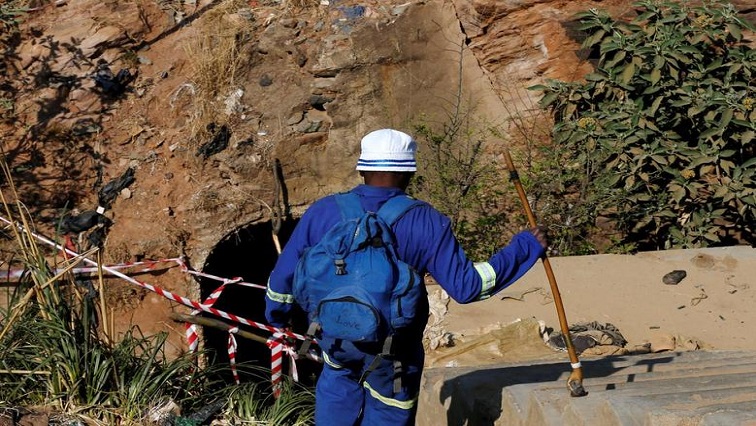 Image: Reuters
File image: A person looks at the entrance of an underground mine.

The Hawks in Limpopo have arrested eleven illegal miners at a Chromnet mine at Northam, outside Thabazimbi.

Maluleke says the suspects include a man who claimed to be the owner of the vehicles. He says the man also tried to bribe the police officers with R15 000.

Maluleke says the suspects are expected to appear in court soon.

“We have arrested eleven alleged illegal miners at Chromenet mine, in Northam area. The suspects were caught busy mining chrome illegal mining vehicles with the value of over R3-million were seized. While our members were busy detaining the seized vehicles, a certain man who identified himself as the owner of the said vehicles approached us and offered us R15 000 for the release of his vehicles and he was also arrested.”

Illegal mining in SA – what are some of the causes?

Although there are laws are in place for the rehabilitation of mines, many mine operators still leave their non-operational shafts unattended. This leads to a growing number of illegal mining activities.

In a report published by SABC News last year in June, David Van Wyk from the Benchmark Foundation said despite existing legislation, there are still many abandoned mines in the country.

“We have about 2 000 abandoned ownerless mines in this country despite the fact that the Mineral and Petroleum Resources Development Act is very clear about mine closure. It describes what steps need to be taken in terms of mine closure. It also discusses what penalties there should be for mining companies that do not close properly.”

Van Wyk says billions have been set aside to rehabilitate unused mines, but that money has barely been used.